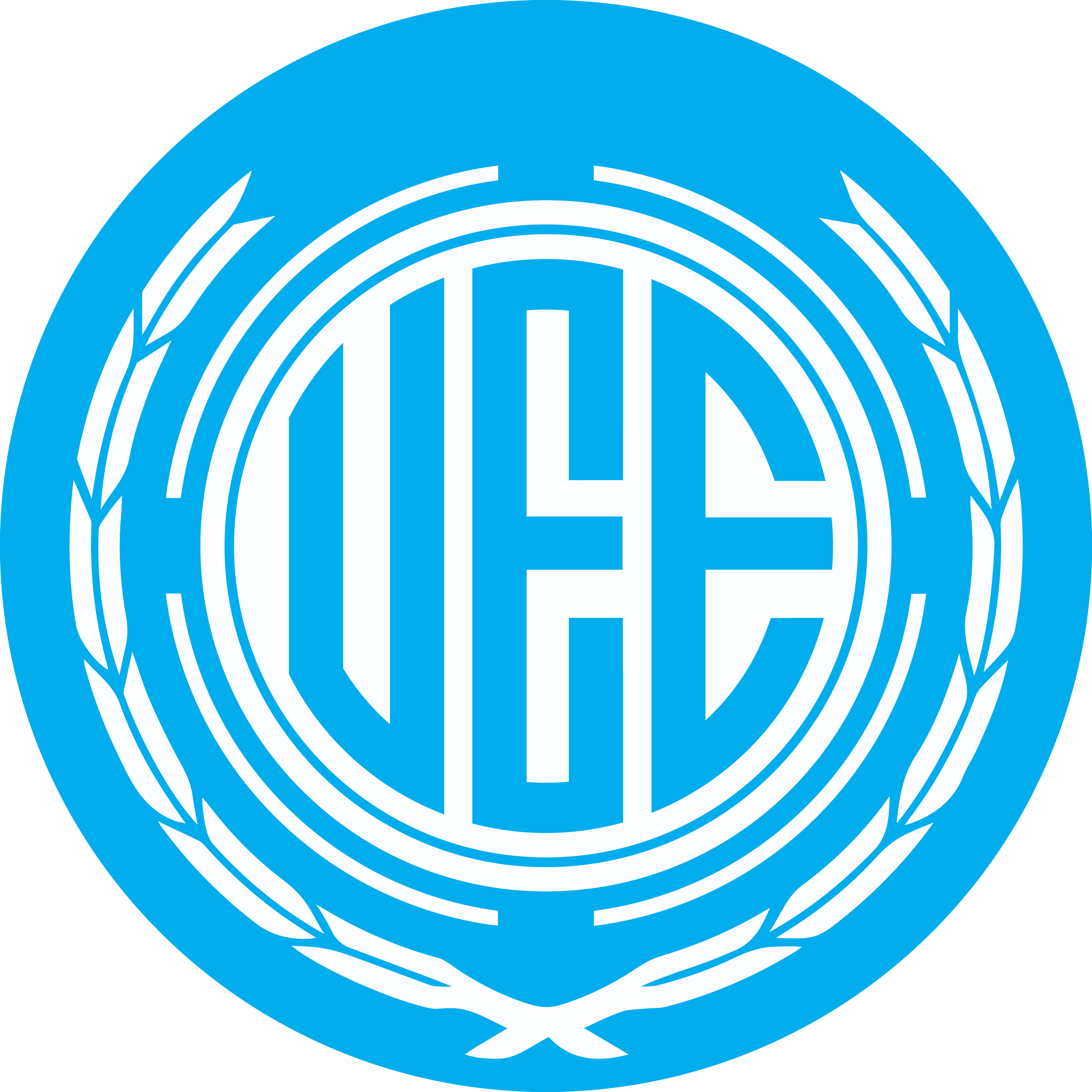 UEE Security have had reports for many years of pirates operating out of the Yela System.  This week they have confirmed an abandoned mining facility has in fact been established within the Asteroid belt.

Attempts from Crusader security to investigate this facility have proven to be deadly for anyone working for or with the UEE. 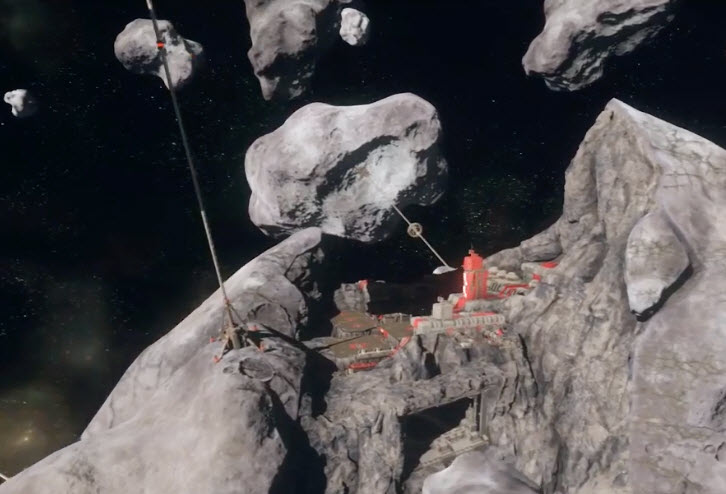 "Crusader Industries would like to alert all pilots to avoid the Yela asteroid field. Pirates have become increasingly aggressive, and may attempt to lure pilots off course with fake requests for assistance. Crusader Industries believes they are based out of the decommissioned Green Imperial mining asteroid station, however attempts to locate the station have been difficult of late. Please report any suspicious activity, and consider any unidentified craft leaving the asteroid field extremely dangerous."

We are extremely excited to see the new content in Patch 2.5.

Alpha Patch 2.5.0 has been released to the PTU, and is now available to Limited players to test!

This patch provides access to our GrimHEX outlaw base, new clothing options, new automated landing technology and three new flyable ships – the Reliant KORE, Argo MPUV (Cargo Variant), and Argo MPUV (Passenger Variant). This is all in addition to bug fixes for the rest of our game and content. During this initial testing phase, PTU access will be restricted to a small group of players that we will expand on over time as required.

Your launcher should show “2.5.0-380707” as the client version. It is strongly recommended that players delete their USER folder for the PTU client after patching, particularly if you start encountering any odd character graphical issues or crash on loading. The USER folder can be found (in default installations) at C:\Program Files\Cloud Imperium Games\StarCitizen\Test.

Please review our current list of Patch 2.5.0 Known Issues (coming soon!), and take full advantage of our Issue Council area of the Community site to report any bugs you encounter, as well as contribute to other players submissions.

Crusader Industries would like to alert all pilots to avoid the Yela asteroid field. Pirates have become increasingly aggressive, and may attempt to lure pilots off course with fake requests for assistance. Crusader Industries believes they are based out of the decommissioned Green Imperial mining asteroid station, however attempts to locate the station have been difficult of late. Please report any suspicious activity, and consider any unidentified craft leaving the asteroid field extremely dangerous. GrimHEX asteroid station would like to cordially invite the Crusader Industries to QT into the nearest star. We’re open for business to everyone this goram economy left in the dust from here to Terra. You’re very welcome to visit and enjoy our fine goods, services and lodgings without the prying eyes of Big Crusader peeking under every door. Our bar, bounty office and race track are temporarily closed while we make some repairs from the last group of over-eager “heroes” that came through. GrimHEX can be located by navigating through the Yela asteroid field.

The LiveWire Weapons franchise in Port Olisar is currently suffering a shortage of energy weapons due to several recent attacks on cargo transports. While they apologize for the inconvenience, only ballistic weapons can be purchased at this location for the time being. Outlaw armor sets are available on GrimHEX exclusively, and can no longer be purchased at Garrity Defense.

Skutters is a small weapon and armor shop on GrimHEX, that just so happens to be specializing in energy weapons for the discerning shopper… who does not ask where they were obtained from. KC Trending is a new location on GrimHEX station that offers a whole new selection of clothing for the discreet independent pilot. From shoes to hats, they’ve got the latest in underground fashion.

The first phase of our new landing system has been implemented into the game. This is the first part of a much larger series of changes we will be working on over the next few releases to provide a simpler, more intuitive landing experience. The landing pad targeting has been temporarily removed while other moving parts are being developed and integrated. Instead of selecting a pad and requesting permission, players in automatic landing will proceed to the nearest available landing pad. When they are within 20m, and speed is under 35m/s, the landing gear will automatically extend while the thrusters dampen your speed. When a ship approaches within 5m of a landing pad, in either automatic or manual landing mode, the local Landing Control System will take control of the ship and ease it into a smooth landing. Landing gears can now also be manually deployed by tapping the “N” key on the keyboard. Holding “N” will now activate automatic landing should you be within range of an acceptable landing pad and have the proper gears deployed. Please note, this system will change over time as further improvements and features are brought online.

We have begun converting player and ship items to our new item system. As with the prior, similar updates to ship components, this is largely at the back-end level. Implementing new component class systems, naming conventions and other needed functionality, as well as retrofitting all existing armors and weapons to be compatible. These changes will allow us to implement greater modularity to first-person items. Additionally, this will allow items to interact with one another in a more direct and less “handwavium” simulation, setting the foundation for greater player interaction and future game play mechanics. This should not affect the function of any in-game items, and changes to player item stats should be minimal.

We have implemented the first phase of our new player health system! This includes the implementation of better individual limb damage and health, more granular damage states, and many back end improvements to support a better FPS combat experience and future features like permanent health. Player health dolls should now show Normal (Green) health when between 100%-60%, a Hurt (Yellow) state from 59%-40% health, a Damaged (Red) state from 39%-10%, and the Ruined (Dark Red) state at 9%-0%. With this, we have also implemented some early versions of injury penalties. This includes a speed reduction for wounded legs, as well as a limping animation. Overall health damage (particularly head wounds) can also cause blurred vision around the edge of the screen, which will increase in intensity as more damage is taken.

Fixed an issue where shadows around Port Olisar would flicker at certain angles and perspectives.

Made some minor visual effects updates to the interior of Port Olisar.

Made some balance changes to the pirate ships in Crusader so they use updated components.

Fixed an issue where a large green arrow could be seen in reflection of the Jobwell glass.

Fixed an issue where the user camera could clip through the wall of the incinerator on Area 18.

Adjusted the lighting in the VFG hangar to be less dark.

Fixed an issue where the decals would disappear off of the landing pads in Free Flight game mode.

Fixed an issue where EVA animations would stutter when approaching a landing pad.