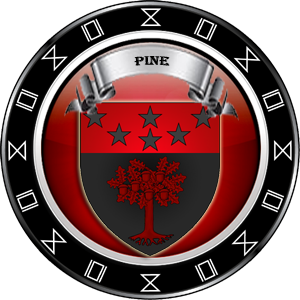 With the completion of the most recent round of Bloodname trials, MW2 Fritzor has claimed one of the coveted Jorgensson bloodname slots leaving only one available bloodname in that house. It was a good day of battles!

Fritzor won the Grand Melee even though in the final moments he faced two MechWarriors (SCOM Meta4 and Loremaster Doddster) who were working in collusion to secure their own spot in last round. The strategy worked against them, though, when both mechwarriors engaged Fritzor in heavily damaged mechs from their previous engagements; Meta4 in an Annihilator and Doddster in an Archer. Fritzor had readily defeated all adversaries up to this point and was in a near pristine Annihilator when he was engaged by the two pilots. Needless to say, both veteran MechWarriors were no match for the awesome firepower Fritzor brought to bear.

The remaining brackets were filled by many MW2's including: Taff Willo, Foxy84, Kalten Kell, and Cadmanski.

Meta4 showed why he is among the best the Clan has to offer by eliminating all competition to face Fritzor in the final match. But just as before, when Meta4 and Doddster faced him together, Fritzor proved to be the better warrior on this day!