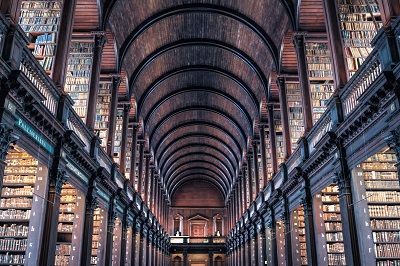 The Remembrance of the Clans: Clan Widowmaker

Hark children of the Clans,

To the wisdom of Kerensky and your forebears,

Know what has come before;

Remember it as you strive toward the future.

Where nature's laws threatened the weary;

When food, water, even air itself ran low,

It took just a command, a word, a smile,

From the General to light the way.

He was comfort, stem courage, compassion,

To our sires as he led them from the fires

That grew and fed on those they left behind.

The just deaths of the traitors frightened some

There among the darkness and alien stars.

A few lost heart and began with a quavering resolve

To question the Great Father's plan.

With stern compassion he spoke and all was revealed;

How their destiny was the Hidden Hope

Of all mankind and how their sons' sons

Would one day return to the Inner Spheres

Bringing back the enlightenment to the Star League

To those unfortunates they had left behind.

Such was their right; such is our legacy of blood.

There will be a time when our descendants

Return to reclaim what is our right.

With honor swelling their hearts, they will crusade

Against the dark emotions that have dimmed.

The Inner Sphere for so long.

But with the glory comes responsibility;

Without a pure soul we cannot give sight

To their blind lives, but will only blind ourselves.

The rebels, heeding neither strength nor sense,

And with his death came the clouds, and reason fled

Above hopeless Eden and wicked Babylon.

Two score as one mount, four steeds of the Great Father

Descended to return light to paradise, to bring peace to Hell,

But faced the gauntlet that would test them all

Babylon, bright jewel in the dark,

The Heart of the Cobra,

The Skill of the Coyote,

The Courage of the Hellion,

The Rage of the Fox.

Liberation and justice was their goal,

To purge the corruption and to make the land whole,

But through stone and sky and sand and sea,

Bitter Tear's would be Circe's legacy.

A fiery rain to purify and punish,

Yet even angels can be corrupted,

Brought low by base desires.

Bloody vengeance would be Eden's fate,

The heart of darkness,

For the Sons of Kerensky,

Five, Nicholas proclaimed, was the foundation

Upon which our true society was to be built.

Laborers to till the land, to do the tasks:

They shall have our undying gratitude,

For they are the muscle behind us all.

Merchants to buy and sell with fairness:

They shall have our commerce and respect,

For they are the bones upon which we are built.

Technicians to build and fix the machines:

They shall have our admiration,

For they are the fingers with which we grasp life.

Scientists to create and discover:

They shall have our awe and our attention,

For they are the mind of our society.

And above all, the Warriors who protect.

They shall have our cooperation and worship,

For they are the blood and soul of us all.

For the day will come and our kin will stand

The Star League with their hearts and hands.

But who shall lead? Upon whose shoulders

Will the burden lie? The answer is the test;

The test is the journey. Whichever Clan

Carves its way through the barbarians

To reach that fabled cradle of us all

Shall be the vehicle of the League's rebirth. Upon

The Star League throne shall sit that Clan's

Wisest Khan. So should it be - So shall it be.

Taking what pride they can in their accomplishments;

For our lives should be full of glory, but short.

On the battlefield, we are alone.

Beneath a banner of Truth and Righteous Light

To lift up those who had suffered and to smite down

With fearful vengeance those who had ruled

In the name of Vanity or Greed.

The thunder of their BattleMech's feet, the lightning

From their weapons, and the blood spilled in their name

Created the Clan Spirit, the forge upon which

We have fashioned ourselves to be the weapon

Of the resurrected Star League,

Honed to a razor's edge by the Trials,

By the Remembrance, and by the Words

Of the Great Kerensky’s, our sires, our savior.

All praise the art of batchall and bidding

For it proves our love of peace and tradition.

Thoughts and actions against the Clans, calling them

"Independence" and "Freedom", not realizing

Their every act chained them to the corruptions

That brought down the noble Star League

And set the Inner Sphere aflame.

But the Clans survived by condemning

Them to a bitter annihilation.

Led by Clans Wolf and Widowmaker,

Obliterating with the warm blood

Of its tragically doomed warriors

Every mention of the Not-Named Clan.

About the fallen hero they gathered,

None able to give voice to his shock.

To wipe the blood from the cold brow,

Choked with sadness and anger

I cry, not for myself, nor for others.

I weep for your Clan Widowmaker. There is a price for such a crime

As you have committed. A price you

And your Clan will pay."

It is mine by association and blood pride."

The Council was stunned and outraged

By her lack of respect for the Clan ways.

Then the ilKhan rose and spoke wise words.

"Such a claim is not freely granted, Minaka.

Although your blood may cry out Vordermark,

It is your muscle and mind that will make it so.

Remember the Rede of our past, Widowmaker,

And do not ask words to win what the trial decides.

If strong, you will win the right.

But do justice to our future

By remembering our past, young one.

Those are my words, that is my judgment"

And never forget that help may come

From the most unlikely of quarters

And success rest upon the shoulders

Of those kept shadowed until the time of need.

Then the order came, "Furl the sails.

We journey back, we journey home,

Carrying the flame of the Star League

Back to the heart. We face the ignorant

Who believe themselves civilized and strong,

But they will soon discover otherwise.

We are the Clans, the Star League incarnate.

None can stand against us and survive."

No natural calamities cost you.

There was no great disease, no famines;

No interstellar catastrophe to blame.

You have no excuse to explain

How this, out rightful palace, has been fouled

With the dust of countless innocent dead.

The truth is that you are the descendants

In the dark, fighting over petty kingdoms

At the foot of the empty throne.

Never recognizing that you have given up

The one true prize.

Tyra of the Rasalhague led,

Forth her fiery fighting Drakons,

Gallant in bronze. A warrior woman whose hands

Were unskilled in the ways of hearth and home,

In skills of war she was hard and trained

To leave behind the airy winds and fight

Where the void is eternal and life fleeting.

Tyra and her warriors fought

When her fighter crippled by ours,

And her life leaked away into the endless night,

She chose to die

Through the Dire Wolf, claiming as isorla

Our mighty ilKhan's life. Sing of our loss, warriors!

Sing, but of Tyra also

For though an enemy, her courage none can deny.

And so the Khans met in kurultai

To discuss the carving of Tukayyid.

As if it was some feast dish cooked

And tender, begging for the server's knife.

Sons and daughters of the blood legacy

Inspire me as I sing,

Of the deaths dealt out on Tukayyid

And of what our warriors faced and bravely fought:

Help me paint a portrait of an apocalypse.

And the ilKhan give us his final words,

Charging us to protect those

With whom we found refuge in our time of need.

In this, our final duty, we shall not fail.

A new beginning, birthed from within

The belly of the Wolf, comes forth the spawn of the Widow

Consumed, absorbed, reforged, reborn.
In stealthy silence did the acarine wait and grow

Until in due time Khan Kerensky unleashed her pedigree

Once again the Blackwidows were set forth

To subjugate the stravag Inner Sphere

With Wolves in Exile the Widowmakers did disentangle

To spread the web of glory and victory anew
Behold our visage, fierce and rampant,

Descending upon our prey to devour those unworthy

Let our warriors harken to their destiny

From the chrysalis of the Wolf we emerge in strength

To reclaim our glory of old

To surge forth unto new glories

As yet untold and undiscovered

In strength we stand united

With purpose we pursue our prey

Our Glory is our venom

Paralyzing them with the truth of our power and prowess

Striking fear into the hearts of our adversaries

Upon hearing of our inevitable return

And our inexorable victory

But with honor we show compassion

In humility we shall rule

And fear shall be transformed into respect

When as ilClan we shall restore justice and prosperity 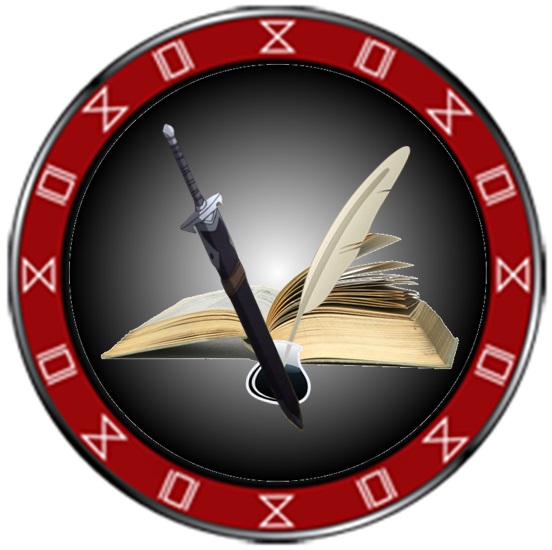