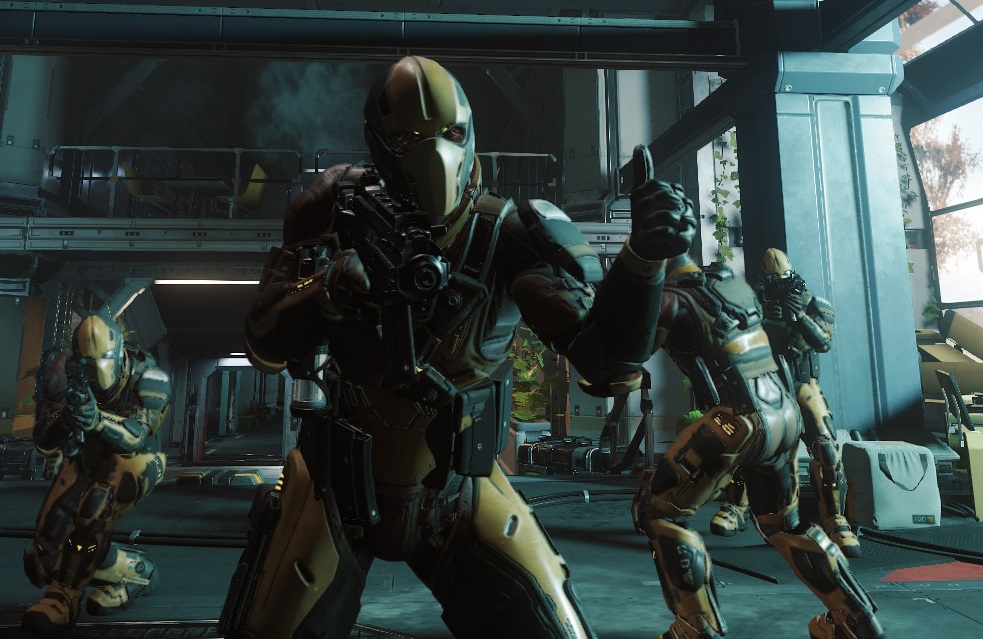 Star Marine is here! Star Citizen’s first-person combat simulator lets backers engage in pitched FPS battles complete with multiple game modes, leaderboards and an all-new user interface. The initial launch of Star Marine includes two maps, OP Station Demien and Echo Eleven, as well as two game modes. Elimination is a free-for-all everyone-for-themselves fight where players duke it out for the highest kill score. Last Stand offers a chance for players to team up and battle for dominance over several Control Points in a fight where proper teamwork will determine victory.

Star Marine features numerous updates to Star Citizen’s FPS systems including grenades, vaulting, and combat emotes. The Player Health System has been updated so that you can now bleed out, when injured your health pool decreases over time until it reaches a fatal limit or the player heals. Competitive leaderboards have also been included, as well as a major UI update to the lobby. Star Marine is accessible to all backers with Star Citizen packages.

You can read the complete Patch Notes here.