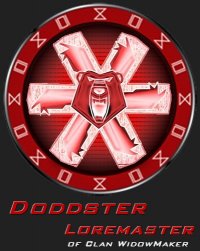 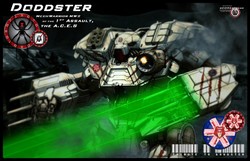 Bravery is being the only one who knows you're afraid.

"They've got us surrounded again, the poor bastards." -- Creighton W. Abrams, Battle of the Bulge
I am…I was… Kodiak. I was without peer or equal. And for good cause; Thanks to the meddling of the scientist caste I was the first TRUE Ghostbear warrior to emerge from the iron womb. I say TRUE Ghostbear because my sibkin and I were the first to have actual Ghostbear genetic material added to our makeup and survive. But we did not know that until it was too late.
We were of the Kabrinsky and Tseng bloodlines and we were heralded as the future of our clan. Of the 25 in our original batch only 7 of us survived the decanting. I was the first; I had to be. I outgrew my womb faster than anticipated. Covered in white fur from head to foot, I was larger, stronger, and more ferocious than any trueborn ever to come before me from any clan. The fur would eventually fall out but my size and strength continued to astound and amaze…my creators.
I was the Alpha! I assimilated more Ghostbear genetic material than any of the others; at least that is what I was later told. That is what made me the largest and strongest Elemental warrior who has ever existed. Until…
Larger, Stronger, Faster, more ferocious than any of the others, I made my first kill with my bare hands before leaving the crèche. It was an accident.
I killed 2 more of my sibkin while in the sibko, accidentally snapping their necks in training.
I completed my Trial of Position with 3 kills and then fought and won my bloodname in less than a year. My Elemental armor was so badly damaged that I had to use my bare hands to take down the last mech to claim my prize.
I excelled above and beyond the hopes of those who had designs on my existence. But I was…too much…in the end. And their admiration and respect turned to fear and loathing. I could not, no; I would not be controlled or manipulated. None of us would. And so we were betrayed by those who sought power for their own personal benefit. Declared an abomination and aberration, they sought to wipe us out. But they failed. I am the last of my sibkin.
Taken as isorla by those who do not know who I am…WHAT I am…and finding a kindred spirit among them . So now I bide my time among the Widowmakers until the day I return to exact my vengeance and reclaim what is mine by birthright.